Employee productivity is a major concern among managers. Nowadays, there are lots of distractions surrounding modern employees. Technologies like the internet, mobile devices, tablets, LEDs, etc. take so much of our free time that at the end of the day we don’t even know where it all went.

In this article, we’re going to talk about six management practices that can improve employee productivity. So without any further ado, let’s just jump into it:

Instruct your employees to create daily, weekly, and monthly to-do lists. All managers that prioritize efficiency let their employees make one. This allows employees to have a structure and plan to stick to. Plus, with to-do lists, chances of getting sidetracked by irrelevant tasks decrease.

Todays’s apps have made it easier than ever to create to-do lists. Just look for the functionalities that best suit your needs and check the pricing. You’ll likely find an app that’s made just for you.

“One of the secrets to getting more done is to make a to-do list every day, keep it visible, and use it as a guide to action as you go through the day.”

Employers and managers might not want to trust their employees with important tasks but it’s a risk that needs to be taken in order to grow. More responsibilities will let your employees know that they’re being trusted. It will be a sort of recognition of their abilities. Plus, it might be able to boost morale and provide employees with a career direction.

“Nobody can do everything well, so learn how to delegate responsibility to other winners and then hold them accountable for their decisions.”

Mobile devices are becoming a major headache for managers. Why you may ask? Well, employees are constantly using their phones during work hours. Whether it’s checking their social media accounts or watching a short video on YouTube, time spent on mobile phones can dearly cost managers.

Managers need to start using the best app for tracking work hours, like Staff Timer, to monitor work tasks and activities. These apps are bound to keep them away from distractions. 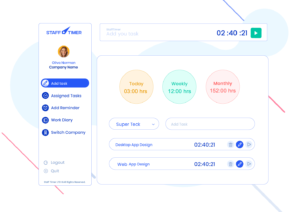 “The biggest problem is that technology often ends up being a distraction. In an information society, the smartest person will be the one who can shut out all the distractions.”

Being stingy won’t get companies far. Instead, they’ll be known as the misers of the industry. This will inevitably have an effect on employee morale and work ethic in the long-run.

Just imagine running a software house when suddenly you suffer from a lost internet connection because of faulty equipment and set-up. Embarrassing right?

“There is no such thing as good enough. You, your team, and your equipment must be the best. That is how you will win victories.”

Employees don’t run on endless motivation. Sometimes, all they need are some words of encouragement to complete that all-important task. Managers should motivate their employees from time-to-time. They should pick top-performing employees and give them some well-earned incentives. Treat it as an investment that will give you big returns in the future.

Sometimes workload becomes too much for the employees. If so then review and reshuffle tasks and projects as needed.

“Each person holds so much power within themselves that needs to be let out. Sometimes they just need a little nudge, a little direction, a little support, a little coaching, and the greatest things can happen.”

Create a transparent culture driven by feedback. This is easier said than done as many managers don’t want to admit their mistakes. Only when employees don’t have to fear for repercussions will they give their true opinions.

If you’re a manager or supervisor, know that admitting your mistake doesn’t weaken your position. Instead, it adds depth to your character. However, it’s better to avoid situations where fingers inevitably end up being pointed at you.

T. Whitmore, author of Memory Manipulation: How to Train Your Brain to Think Faster, says:

“Admitting to a mistake means refusing to use other people as scapegoats to avoid responsibility but rather courageously owning up to every single one of them.” 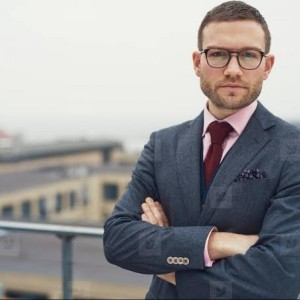