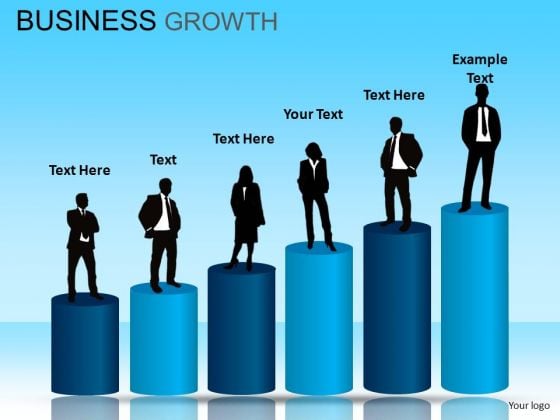 Cyber attacks cost businesses money, valuable trade secrets, and sometimes their reputations. For these reasons, smart companies invest heavily in network security efforts to detect, handle, and deter threats to their computer systems. However, Distributed Denial of Service (DDoS) attacks are types of cyber attacks that seem to fly under the radar of many corporate security specialists.

What is a DDoS Attack?

A DDoS attack happens when a group of linked devices sends large amounts of traffic to a network or server to cause the system to crash or become inoperable. Cyber criminals traditionally take two paths to deliver DDoS attacks.

When looking at the Open Systems Interconnection (OSI) model that defines communication layers for computing, the network layer is where the action happens for administrators and hackers. It’s at this layer that routers send packets of data from one network to another. During a DDoS attack, large amounts of packets are sent to a network every second or data is pumped into a network at a high number of megabits per second. The receiving network gets overwhelmed by requests and stops functioning as normal.

Layer 7 in the OSI model represents the application layer, which is the highest communication layer within the model. The application layer is responsible for displaying data about network communications in a format that’s friendly to users. During a DDoS attack, cyber criminals take control of applications on certain devices to send traffic to a network that overloads it or makes it inoperable. A DDoS attack can also involve sending data at a very slow pace. Legitimate network traffic gets held up as the system waits for bogus network traffic to finish normal-looking send and receive handshake protocols.

Examples of Famous DDoS Attacks Within the Last Decade

Cyber attacks cost businesses billions of dollars every year worldwide, which is why security analysts pay close attention to the attacks that happen most often and cause the most damage. A recent DNSstuff publication placed DDoS attacks in the top six most common cyber attacks of 2020. Don’t think your company is vulnerable to DDoS attacks? Take a walk down memory lane to assess some of the decade’s most famous DDoS attacks.

When cyber criminals want to gain notoriety, they nearly always target financial institutions. In 2012, a group of Hamas-backed hackers launched a DDoS attack on Wells Fargo, Bank of America, JPMorgan Chase, Citigroup, PNC Bank, and U.S. Bank. The hackers took control of hundreds of servers and used them to carry out different types of DDoS attacks simultaneously. While the banks were ready to defend their networks against some of the more common types of DDoS attacks, they succumbed to others.

Spamhaus is a non-profit organization that’s known as a leader in cyber security threat intelligence. That didn’t stop cyber criminals from taking bold aim at the company’s network. As an anti-spam company, Spamhaus blacklisted Dutch-based CyberBunker for delivering spam. Even though Spamhaus had extensive cyber security protocols in place, it was still hit with a retaliatory DDoS attack that sent 300 gigabits of traffic per second to disable its network. The attack that was traced back to a CyberBunker employee crashed the Spamhaus website and some of its email services.

The people of Hong Kong started the Occupy Central movement to raise awareness for the need for more democratic voting systems. Occupy Central’s web hosting servers and the websites of supporting organizations were hit by multi-pronged DDoS attacks that lasted several days. The traffic to the Occupy Central servers clocked in at 500 gigabits per second.

Dyn is a domain name service provider that was hit by the hardest DDoS attack recorded. The company’s network was barraged with traffic that exceeded one terabit per second. The attack also affected Dyn’s customers. The websites of PayPal, Reddit, and Airbnb experienced some downtime on the day of the attack.

Why Are DDoS Attacks So Effective?

DDoS attacks are on the rise, and they don’t just impact large companies. Hackers who conduct DDoS attacks do their homework. They target small and medium-sized businesses because many of these organizations have inadequate cyber security measures in place. This is the same reason why the attacks are usually successful.

All businesses are using more interconnected computing devices to streamline operations, cut costs, and stay competitive in global markets. However, this interconnectedness comes with a price. Hackers are increasingly exploiting security vulnerabilities in internet-of-things devices. Once they have control of these devices, they launch DDoS attacks that are hard to stop.

The nature of DDoS attacks calls for numerous devices to hit networks with traffic that will clog the system. Since the attack can come from hundreds of devices at once, it’s hard for security analysts to trace the source of the attacks.

Defending Your Organization Against DDoS Attacks

The best way to stop, defend, and prevent DDoS attacks is to have a plan. Lay out your team’s response to a DDoS attack before it happens based on comprehensive threat assessments of your company’s network and servers. Make sure everyone knows his or her role when attacks take place.

Deploy tools that defend your systems against attacks such as antivirus software, virtual private networks, and network monitoring platforms. Install the latest software updates for these tools.

DDoS attacks can last anywhere from a few seconds to a couple of days. When you’re operating a business, every second represents revenue earned or lost.

According to statistics that the International Data Group and Gartner published, the average DDoS attack lasts up to 12 hours and costs companies up to $4 million. Can your company afford these losses? If not, it’s time to take extra precautions against DDoS attacks.