So you’ve heard that green tea is good for you, and have considered trying some out to see what the big fuss is all about. If you have checked out what is on the typical grocery store shelf, you most likely have seen green tea bags of various descriptions. Sitting amongst these is usually a decaffeinated type as well. If one wants green tea but at the same time does not want the caffeine, most people would assume all they need to do is go for the decaffeinated version. Unfortunately, it’s not quite so simple. What most people are not aware of is that the decaffeination process pretty much ruins the major health benefits associated with green tea. There are numerous reasons for this, but to understand why you need to have an idea on how green tea is processed. It all has to do with oxygen.

Think about what an apple looks like after it’s been cut and sitting on the counter for an hour. Notice how it starts to turn brown? That is from contact with the air, or more specifically, the oxygen in the air. When you drink regular English tea, those leaves have been exposed to oxygen and fermented that way on purpose. This gives black tea its unique taste. Green tea, however, is not like that. Although it comes from the exact same species of plant (Camellia Sinensis) as black tea, it is picked and then process immediately to prevent oxidation of the leaves. This processing involves steaming, rolling, and drying, and takes about three hours start to finish. There really is no place in the processing where a decaffeination process would work and not ruin the tea. Decaffeinated green tea is just about unheard of in Japan, home of the world’s finest green teas.

So does that mean one cannot drink decaffeinated green tea? No, it is possible, but first it’s important to know that green tea does not have high caffeine content, only about 30mg per cup. That’s slightly less than regular black tea just a fraction of the caffeine in coffee. That said, if it’s a caffeine free cup of quality green tea that you insist on, your best bet is to start off with a high quality loose leaf Japanese green tea, preferably from the first harvest. Since nearly all of the caffeine is in the first infusion, getting a quality decaf green tea is as simple as brewing an infusion, dumping it, and then re-brewing. As much of a shame as it seems to be to dump the first infusion (which has the most taste and best aroma), rest assured that the 2nd infusion of a high quality green tea is going to be better than the best decaffeinated green tea out on the market. Quite often, the second infusion is greener than the first, although it won’t be quite as aromatic or tasty. 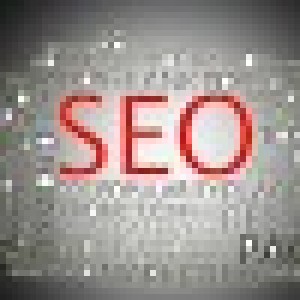