To maintain health control against the epidemic, the government has extended epidemiological preparedness for another six months, a spokesman for the National Police Headquarters (ORFK) said at an online press conference on the coronavirus epidemic operational tribunal on Wednesday. 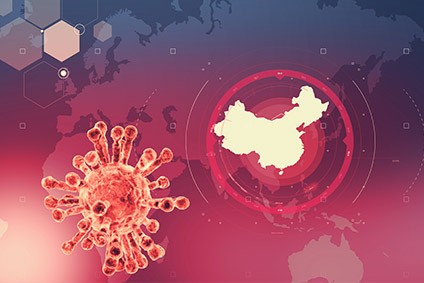 Kristóf Gál stated that from Wednesday the driver of the public transport vehicle is not obliged to wear a mask in the closed cab of the vehicle.
However, passengers are required to wear a mask on public transport, he added.
According to an ORFK spokesman, the government’s decisions were published in the Hungarian Gazette on Tuesday evening.
Kristóf Gál explained that on Tuesday, the police took action against 183 people across the country due to non-compliance with the mask obligation, which means a total of 13,659 police actions in such cases since the government decree on protection measures came into force on 21 September.
He said that 159 of the measures were due to non-compliance with mask-wearing obligations set out in municipal decrees of settlements with more than ten thousand inhabitants. Of these, 23 people were warned, 61 were fined on the spot and 75 reported.
Police cracked down on public transport and stops on Tuesday, 9 in shops and shopping malls against 15 people, an ORFK spokesman said.
Violations of the rules on shops, restaurants, accommodation and leisure facilities have so far required 614 police measures, of which 164 have been reported by the operator or owner, and 450 have not complied with the rules on restricted opening and stay in shops. .
On Tuesday, the police decided to temporarily close a bistro in Marcali, Somogy county, for 7 days, because during an inspection at the restaurant, despite the ban, a guest was drinking alcohol. In addition to the closure, the guest was also fined on the spot, the lieutenant colonel said, recalling that since the restrictions were introduced, 99 shops, restaurants and service providers had been temporarily closed for non-compliance.
The curfew was violated by 303 people last day. The curfew was introduced on 4 November, which was replaced by a curfew on 11 November. Since November 4, police have had to take action against 13,429 offenders.
On Tuesday, those passing through Hungary were also inspected, 73 of those who violated the transit rules were fined on the spot, and one was given a warning. Passengers have been checked since September, and 7657 police actions have been required against non-compliant people so far.
Police have personally checked those in official home quarantine 14,021 times in the past day. 5,784 such restrictive measures were ordered on Tuesday, and 42,467 are currently in official home quarantine. Of these, 4,296 undertook to police electronically check compliance with