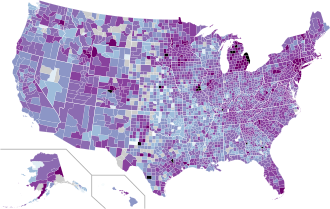 Anikó Ligetfalvi called ambulances for the first time in October after noticing that her mother was “taking the breath strangely”. Although the rapid test was negative, ambulances transported Anna the Great to Semmelweis University Hospital, from where her daughter took her home after half an hour, because only in the so-called “red zone”, ie among the Covid-infected people, there would have been no infection. They are 63 years old. Anna’s condition at home, however, deteriorated further, so a week later, on October 30, they went to the hospital in Kistarcsa, from where the woman was transferred to the emergency department of Hatvan Hospital.

“From then on, my mother doesn’t remember anything but waking up in a month’s time.”

Yet the woman was still able to communicate by phone for two days with her mother, who was finally put on a ventilator on November 2 by doctors. “From here, what came was hell itself,” Aniko put it. “What happened in our souls. The chaos that reigned in the hospital. The fact that the chief doctor made a decree that it was only possible to make a phone call after 2 pm, but even then it was very difficult to reach anyone. ”

Anikó claims that from November 2, it was much more difficult to find out any information about her mother’s condition, so she used all her existing relationships to reach her relative’s supervisor. In the end, it worked out, and Anikó was so persistent that she could even deliver a dictaphone to her mother, who was lying in a deep anesthesia, which the doctors played for her. He and his little son spoke on the recording.

“Two days after they played our message to him, they were able to take Mom off the machine.”

He says he will never forget the moment that once they get used to the routine of calling the doctor in the afternoon, one day his phone rings, which reads, “Mom calling” (meaning “mom is calling”).

By the way, his mother was cleared in about four days, and of the time he spent in deep anesthesia, he only remembers the sound recording he played. Anna was then able to start eight weeks of rehabilitation in Matrahaza, but her condition improved so quickly that she completed it in three weeks and finally returned home on Tuesday, January 12th.

We wrote about how others were affected by the second wave of the coronavirus in this article . We contacted the hospital in Hatvan with our questions, if they answer, we will update our article.