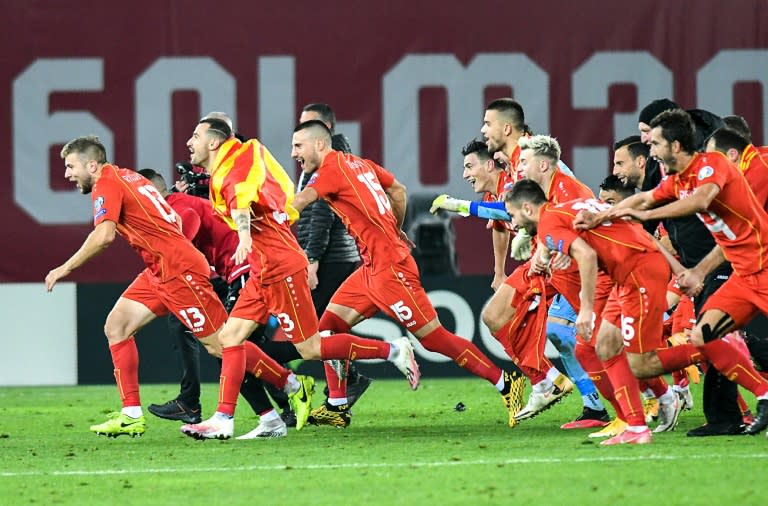 After 24 years, the Hungarian handball team had a serious chance to be there again in the semi-finals of the World Cup. The less likely Hungarian team struggled with an incredible stance in the final minutes at a three-goal disadvantage and fought for the overtime. On top of that, he no longer had a chance of success, the French won 35-32. Hungary closed in fifth place.

The French gave control to Guillaume Gilles, who is a member of the big generation and a two-time Olympic champion, after last year’s poor European Championships. Gilles ’plan to introduce himself with a medal at his first world competition as head coach survived. His team had to fight hard for this success.

It started with the defense of Roland Mikler, the manager from Veszprém, Kentin Mahé, immediately collected a two-minute penalty on the other side. Our starting team was the usual, ie Máté Lékai led, Zoltán Szita and Dominik Máthé were the two shooters, Bóka Bendegúz and Pedro Rodriguez on the two edges, and Bence Bánhidi on the pitch. Fabregas was able to respond to Máthé and Szita’s goal after four and a half minutes. (2-1)

Lékai surprised the goalkeeper Gerard, then after Mikler’s defense Lékai scratched the ball together and snapped it into the goal at the end of the big rush. Mahé sold the ball, Pedro got it and didn’t miss the ziccer. After a seemingly over-motivated Mahé incomprehensible pass, a Hungarian attack could start again, Bánhidi got a great pass and put the ball into the goal. Remili shot half a meter above the six, which returned how much trouble the opponent was in. Lékai fired the bottom corner on the other side, Gerard did not feel at all what solutions the Hungarian manager chose. In the 11th minute the score was 7-1, Guigou beautified from the wind. It was a real dream start, we were perfectly prepared for the French game.

After a few inaccurate Hungarian attacks, Guigou kept his soul in the French, only he could surpass the Hungarian goalkeeper, in the 18th minute the score was still 9-6. Guigou, 38, also scored the seventh French goal after scoring a ball. Our offensive play stopped and Remili also placed the first shot in the bottom left.

After nine minutes, Bóka broke the silence of the Hungarian goal, he really needed his courage from the wind. Karabatic replied, Anchin started with a big goal, Richardson Mikler, who was also replaced, cut the ball from the jerk, the Hungarian goalkeeper knew exactly where the ball was coming from.

Our rush after Mikler’s next feat was completed by Bodó. After Sipos was shown, he was quickly found in Fabregas stand, Anchin dropped the ball, so Guigou only had to hit the empty goal and he did. At the end of the half, the French attacked for the equalizer, but the defense worked tight again, the ball was successful, and from the counterattack, Lékai found the place again at Gerard’s feet. The 14-12 score reflected that we created the chance for the feat.

It started with a French goal, Mem found the gap from a shot, Bánhidi did not delay the answer for long. He managed to keep the two-goal advantage for a while, but as the pace accelerated a lot and the French rushed after the goals were scored, they left little time to get back on track. When a shot was missed, they responded immediately, starting to shoot up Mikler. They equalized in the 39th minute (19-19) and then had the lead with Porte’s shot. (19-20)

The Hungarian offensive game became clueless, the request for time could not be missed. In the 45th minute, the tie was made (22-22), Sita took the team on his back, scored two goals, then gave a sensational pass to Sipos, who took Genty’s goal. After Lékai’s bad pass, Remili rushed in and Mikler had no chance of fouling. Bánhidi pushed the ball into the net between the goalkeeper’s legs, then Bóka’s double came at the best time.

Lagarde put the ball on a plate for him and instead of hitting it with his right foot it cannoned of his left shin wide of the goal. (25-27) Lékai’s shot didn’t go well, Lagarde’s did, they led first with three. This was also preserved, and at 27-30 the Hungarian team tried everything, opened its defense, to which the French could not find the answer. As if they had believed a little that they couldn’t get in trouble, they weren’t right. Fighting is the lifeblood of a rejuvenated Hungarian team. Mikler intercepted balls again, Bóka was successful from the wind, Máthé was successful, and Bánhidi equalized. (30-30)

The French asked for time before the last attack, there were 17 seconds left, Sipos was in the best position, the free throw was thrown over the line by Mem, but Mikler defended, normal playing time made no decision.

In this 2×5 minutes, the psychological superiority was in principle next to ours, as we came back from a big disadvantage. The routine, on the other hand, was on the side of the French, who had already experienced many such battles. Descat made a seven-first mistake, but Bodó started with a huge bomb. Mahé returned to a penalty and his snap ended up in the goal. Lagarde’s change of rhythm could not be followed by the Hungarian defense, the ball hit Bodó’s foot, so he was 31-32 on the scoreboard for the mini-rest.

Bánhidi immediately fought a seven, but Máthé’s penalty was defended by Gerard, and the left-handed Hungarian also worsened for the first time. Descat from the wind was already accurate, Lékai fought out seven, Zsolt Balogh came in and conjured the ball into the bottom right. Tournat responded from the standings with a minute left, the Hungarian defense was fully open and Abalo was penalized, he set the final score of 32-35. The French can continue against the Swedes. There will be a Danish-Spanish match in the other semi-finals. The Danes beat host Egypt with penalties.

“We looked at each other, we clung to each other in our hair, we were able to bring out the last minutes. After the 65th minute, we were a little tired in our heads. We may have deserved the semi-finals, but then at the 2022 domestic European Championships.

This team deserves all the praise, we fought for each other, for the country. Team morale, we continue the work, as well as the will to fight, ”said the six-goal Bánhidi Bence to M4 Sport.

According to federal captain István Gulyás, we have advanced one degree at this World Cup, for sure, even if the taste of their mouths is a bit bitter now. Máté Lékai emphasized that he was proud of the team, they did everything. He is confident that next year they will finally be in the four. It was an extra thing in the end, but open defense worked, though they couldn’t practice much.

“We put our hearts and souls on the field, that was not enough in the overtime. We have improved a lot since I was last selected. We are a capitalized team. ”