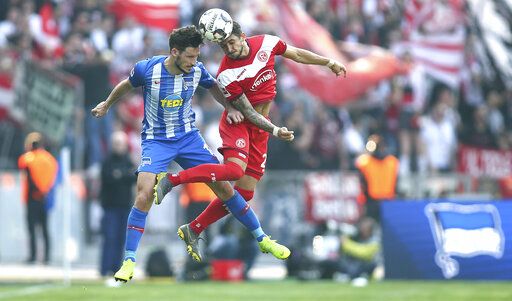 He will play an important champion at Hertha BSC on Saturday from 6.30pm. The Werder Bremen will be the opponent of the Berliners, which is a real team of assassins, because the coaches of Dortmund as well as Schalke were also expelled after they were defeated by Florian Kohfeldt’s team. The former in 2017, the latter in 2020

Berlin manager Bruno Labbadia admitted after the weekly defeat that they are on the floor. In the second half, neither his corner nor his shot was hit by his team against Hoffenheim and he suffered a 3-0 defeat. In the first half, Piatek from Milan missed a penalty.

After the departure of Pál Dárdai in the summer of 2019, Labbadia is the fourth coach in a year and a half, one of his scales is worse than the other, even though the former national team captain Jürgen Klinsmann was already the coach of the team. At Hertha, there was calm and stability under the Hungarian coach, since no new investor has arrived in vain and 144 million euros have been spent on players, the team is playing weaker and performing less than when they could strengthen from a few million. Only Bayern and Dortmund are able to buy players on this scale.

Fans are dissatisfied with seeing the 14th place team and 3,000 signatures have already been collected to remove Sports Director Michael Preetz and President Werner Gegenbauer. Preetz said on Friday, the criticism should be accepted, he also expected more, he also has a responsibility in the situation.

He, on the other hand, denied that Ralf Rangnick had been contacted, although rumor had it that in addition to Domenico Tedesco, the 62-year-old coach had also been nominated for the bench. The fans loved Pál Dárdai, who is there to recruit the club, the coordinator of the academy, he knows everyone, it would be obvious to entrust the management of the crisis to him.

Sport1 expert former Hertha player Marko Rehmer spoke about the fact that in February 2015, in a nearly similar crisis, the newly appointed Dárdai performed well, retained the team and was successful with his team for the next 4 seasons, fighting for the international cup while the the value of the frame cannot be compared with the present one.

“Transfers are questionable, players have problems, they don’t feel good, you can see them. The uncertainty is already visible in Preetze, though he would have to agree with the next coach if they get into trouble. It can’t be clearly said that the director has to go with the coach too, ”Rehmer said.

The relationship between Dárdai and Preetz was not good, but Gegenbauer made it easy for him to leave.